Yahav emailed me back in February mentioning that she was wanting to have her proposal to Jeanie in Glacier National Park captured and from then on, we were plotting about how to make this experience memorable. Yahav and I had a call a little less than a month out to discuss what she had planned for the proposal and to begin coordinating the details of when, where, and how this memorable Glacier National Park proposal would take place.

She landed on proposing on the shore of Lake McDonald and planned on telling Jeanie that they would be going on an evening boat tour so she wouldn’t be suspicious of our plans. We also landed on the two of them having a picnic with one another to soak in the moment afterward so I headed out and got some yummy picnic supplies, including Flathead Cherry Jam, crackers, fruit, and a bottle of merlot.

On the day we planned for this Glacier National Park proposal, I was filled with nerves and got to the spot for the proposal 45 minutes early to make sure there was plenty of room for the two of them and that it wasn’t overwhelmingly busy. After spending some time skipping rocks with my friend Jen who tagged along to record it on her phone for them, I spotted them walking down the shore out of the corner of my eye. They layed down on the shore to soak in the views and after a little bit,

It was easy to be discreet until a visitor walked past my camera and exclaimed “oh, sorry! You’re taking pictures of them!” Luckily, the landscape in Glacier National Park is absolutely beautiful so I brushed it off as taking photos of the mountains. A few minutes after this incident, Yahav encouraged an unsuspecting Jean to get up to get a better selfie and that’s when the special moment happened! There were tears and big smiles and so much joy between them.

I loved sitting back and allowing the two of them to enjoy their picnic and naturally interact with one another as they would if I wasn’t present. Once they had enjoyed their snacks, we made our way to a beautiful field of daisys to get some fun photos of this newly-engaged couple.

Yahav, thank you so much for choosing me to capture this special time and a big big big congratulations to you both on this next chapter in your lives as a couple. 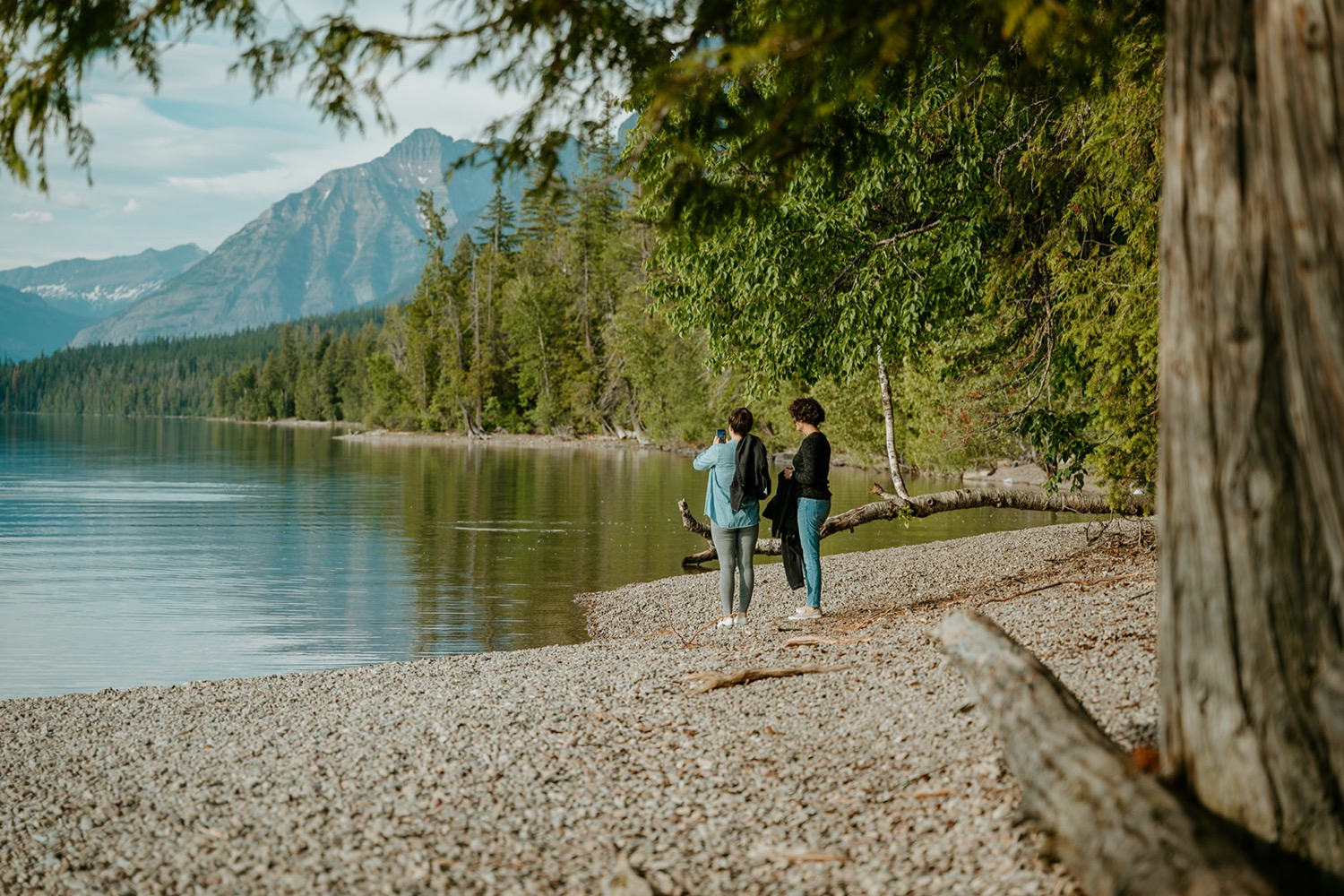