Serene Iceland Elopement: From the Highlands to Waterfalls

Kili and Joanna are one of the most serene, calm couples I know, and their entire Iceland elopement reflected that. From the peaceful, remote Iceland Highlands, we ventured to in our 4×4 to the lesser-known waterfall we chose so we could avoid the crowds to the quiet moment they shared together by the creek during their day day, every element of this Iceland elopement was truly as magical as their fairytale location!

The day started with this couple getting ready in their Airbnb, nestled in the highlands of Iceland. This quieter location made for a relaxing start to the day, and rather than getting ready apart, they chose to spend the morning together. Kili slipped into her simple, chic dress from Raw and Golden Rentals, and Joanna put on her dark green sports jacket with a yellow pocket square from The Suit Shop. But the little details they included, like the pearls Joanna nestled into her hair to match the pearls in Kili’s earrings and veil, were really what took my breath away!

After they put the final touches on their wedding-day looks, we headed outside for the official first look. The couple was so excited, and so was I! As they packed up their windbreakers, boots, white and peach flowers from Pastel Bloma Studio, vow books, and rings from Staghead Designs, I felt a buzz of excited energy. Then, they grabbed the keys to the white Jeep Defender, and we were ready to head out!

We started by taking the Defender, rented from ISAK, into the rugged Iceland highlands. The island’s center is where you can find the most untouched, natural landscape, so we knew that was a “must” for the elopement day. We found a secluded field with sunshine—a rarity in Iceland, which tends toward moody skies and dramatic clouds—and we knew this was it. We’d found THE spot. Kili and Joanna exchanged vows as I documented the special moment.

After they exchanged their vows (and Kili and Joanna stole some kisses in the front seat of our 4×4), it was time to head to the waterfall— Íráfoss. This thin waterfall surrounded by stunning rocks is one of the lesser-known waterfalls on the island, which meant it was guaranteed to be less crowded! At 135 feet tall, it still towers overhead and makes you feel like you do under a star-covered sky or the dancing northern lights. And the pictures we captured here still take my breath away! Then, the couple walked along the creek to enjoy the seclusion and serenity of the location. That’s the great thing about Iceland—it’s all so beautiful that even the spots tourist generally don’t flock to are still worthy of an elopement day!

After a bit of time by the waterfall, they were ready to head to a more popular, but absolutely jaw-dropping, location—the basalt columns of Black Sands Beach. These columns are one of the most unique natural features I’ve ever seen, so I always love photographing couples here. They stood up on the columns, looking incredibly small compared to all the amazing rock! Then, they popped champagne beachside and headed into Vík, where we celebrated a truly one-of-a-kind elopement day with fish and chips at the Ströndin Pub!

An Iceland elopement is a dream experience for a reason. From the awe-striking landscapes you just can’t find anywhere else to the overwhelming sense of adventure that floods the day, it honestly feels like you’re doing something completely new. Completely different. Completely unique to the couple saying, “I do.” And if there’s one thing that makes this adventure elopement photographer’s heart whip out a banjo and start playing a tune, it’s an elopement day like Kili and Joanna’s! 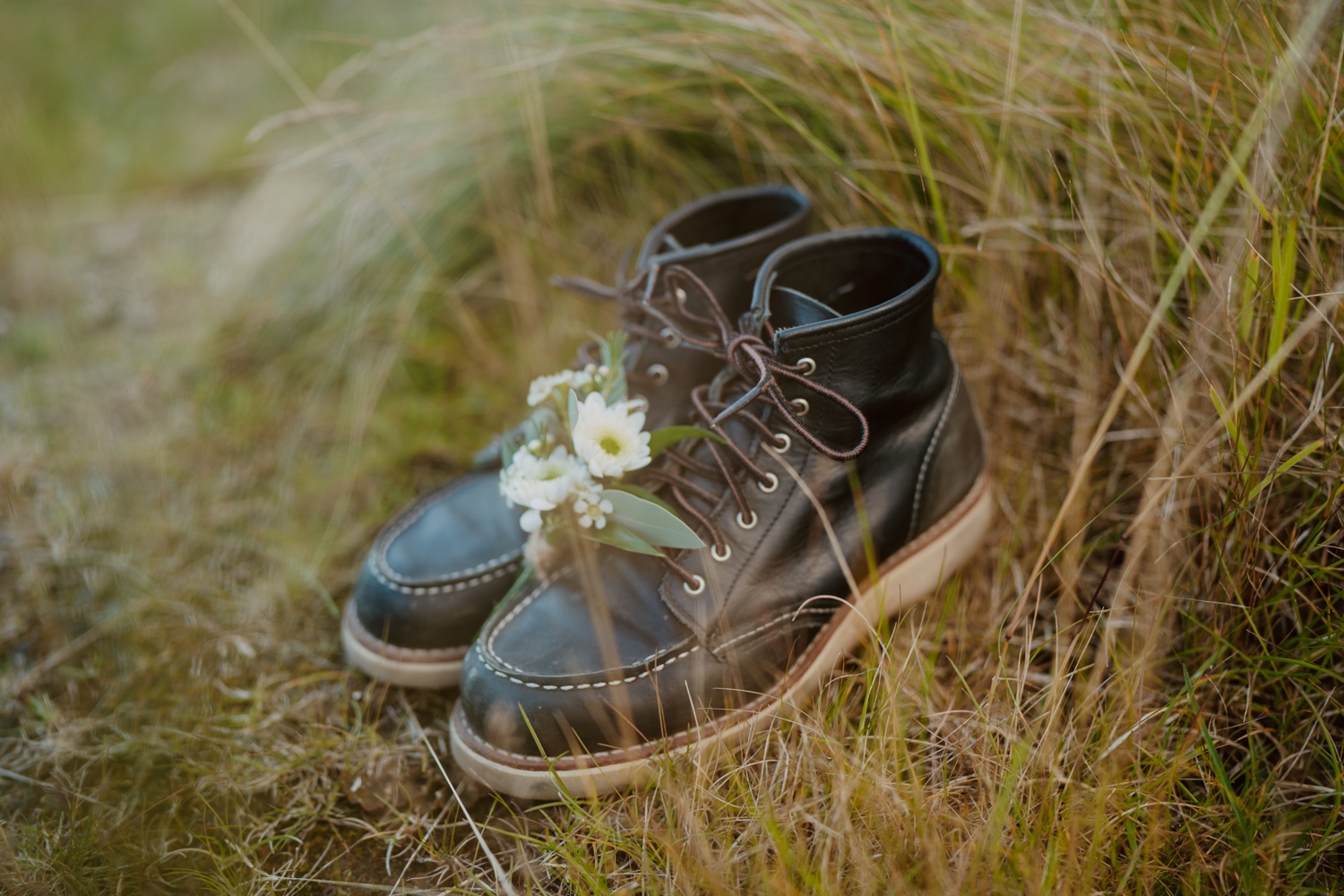