While the National Parks of Montana are some of the most beautiful places I have photographed elopements. The lesser-known locations, like The Pioneer Mountains and areas along the Pioneer Scenic Byway in southwest Montana, are the ones that make my heart soar. I could not have been more excited when Madelyn and Tim told me they wanted their Montana elopement in this hidden gem!

Tim and Madelyn’s day started at their cabin with family near Dillon, Montana. Madelyn was getting ready with her ladies upstairs and Tim downstairs with the guys. They then met in a beautiful meadow dotted with pine trees next to a stream for their first look. Madelyn was absolutely stunning in her floral applique dress with her brightly colored bouquet. When creating her bouquet, Madelyn opted for less greenery and more flowers, each one a statement on their own but cohesive together – talk about swoon! Tim and Madelyn chose to have a private vow exchange, a moment for just the two of them. During their vows, since they did not have their rings, they spontaneously reached down and grabbed blades of grass to tie around one another’s fingers. Quite literally tying the knot symbolizing their never-ending love for each other – I’m not crying, you are!

We then headed to their ceremony site. There we met their closet family and friends, as well as their sweet pup Moose! While they did their private vow exchange for just the two of them, having a small ceremony was the perfect way to include their family on their special day. Just after their ceremony, a military plane flew overhead that was so perfectly timed, that everyone could have sworn one of the planes had come back just to fly over once more! For their reception, the moody skies from the thunderstorm we drove through on the way to the couple’s ceremony revealed a beautiful rainbow. Talk about amazing.

One thing that Madelyn and Tim wanted to include in their elopement day was introducing their guests to an activity that was near and dear to them. They decided to take everyone rockhounding at Crystal Park off of the Pioneer Scenic Byway. Madelyn changed into a more comfortable linen dress fully equipped with pockets and they headed into the hills with their nearest and dearest to pan for some beautiful stones. I had never heard of rockhounding before meeting these two but after spending the day with them capturing this special experience, I’m itching to plan a rockhounding adventure of my own! 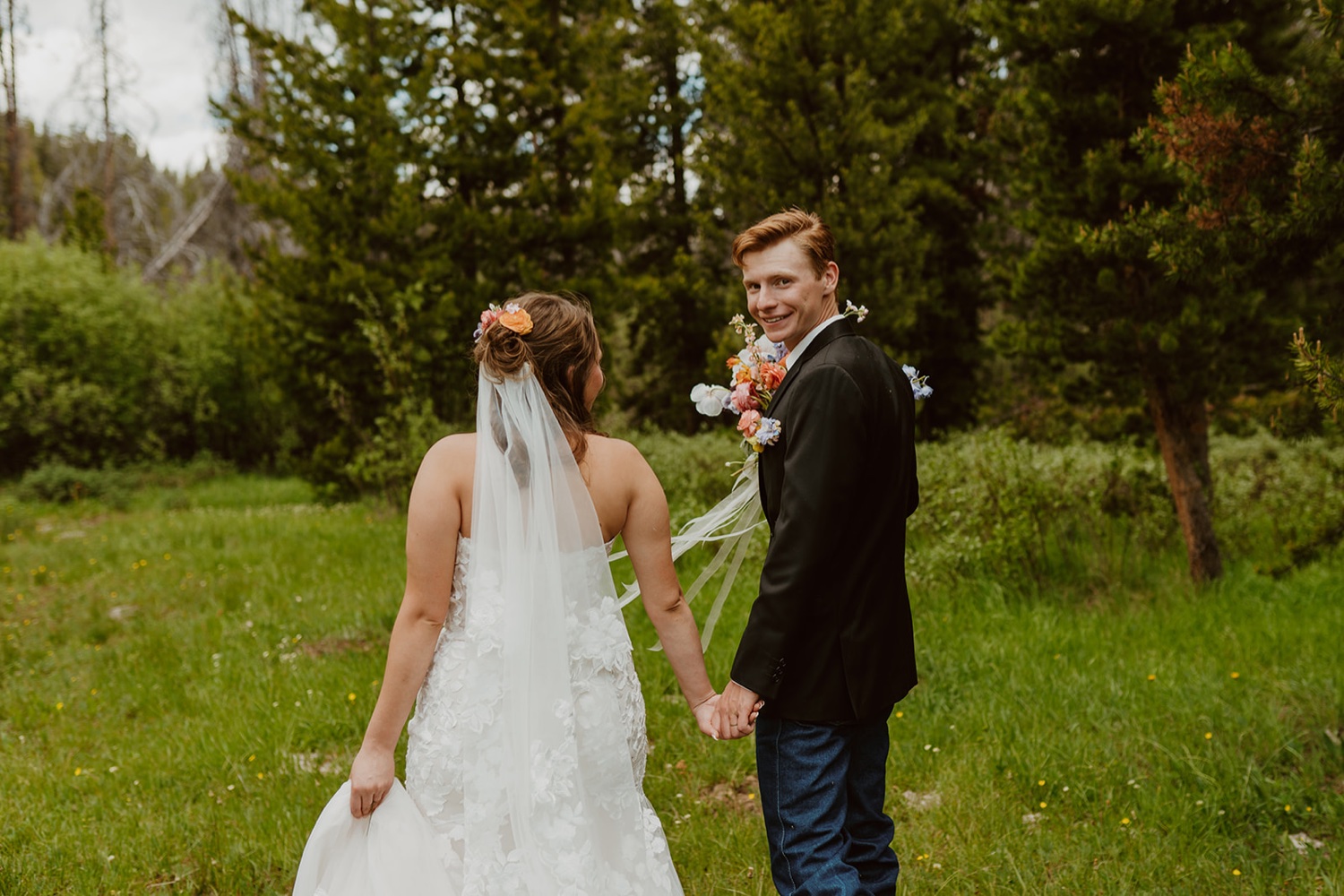